The Young Ones 2020 submission

If you’re driving into a new city for the first time, you’re likely paying close attention to all the signs on the highway. There’s nothing like the feeling of seeing a city’s skyline appear and realizing that you’ve finally arrived.
‍
This moment calls for something better than some guy droning on the radio about the morning traffic report. This moment calls for the most celebrated music about and from the city you’re fast approaching.

On the miles of highway that lead into cities across the US, Spotify will set up billboards that resemble green directional signs. Printed on these signs will be the name of songs that were inspired by the city the commuters are approaching.
The signs will be geofenced so that as the drivers approach them while having Spotify connected to their cars. they’ll be prompted with an invitation to listen to a playlist that pays tribute to the city they’re about to enter. 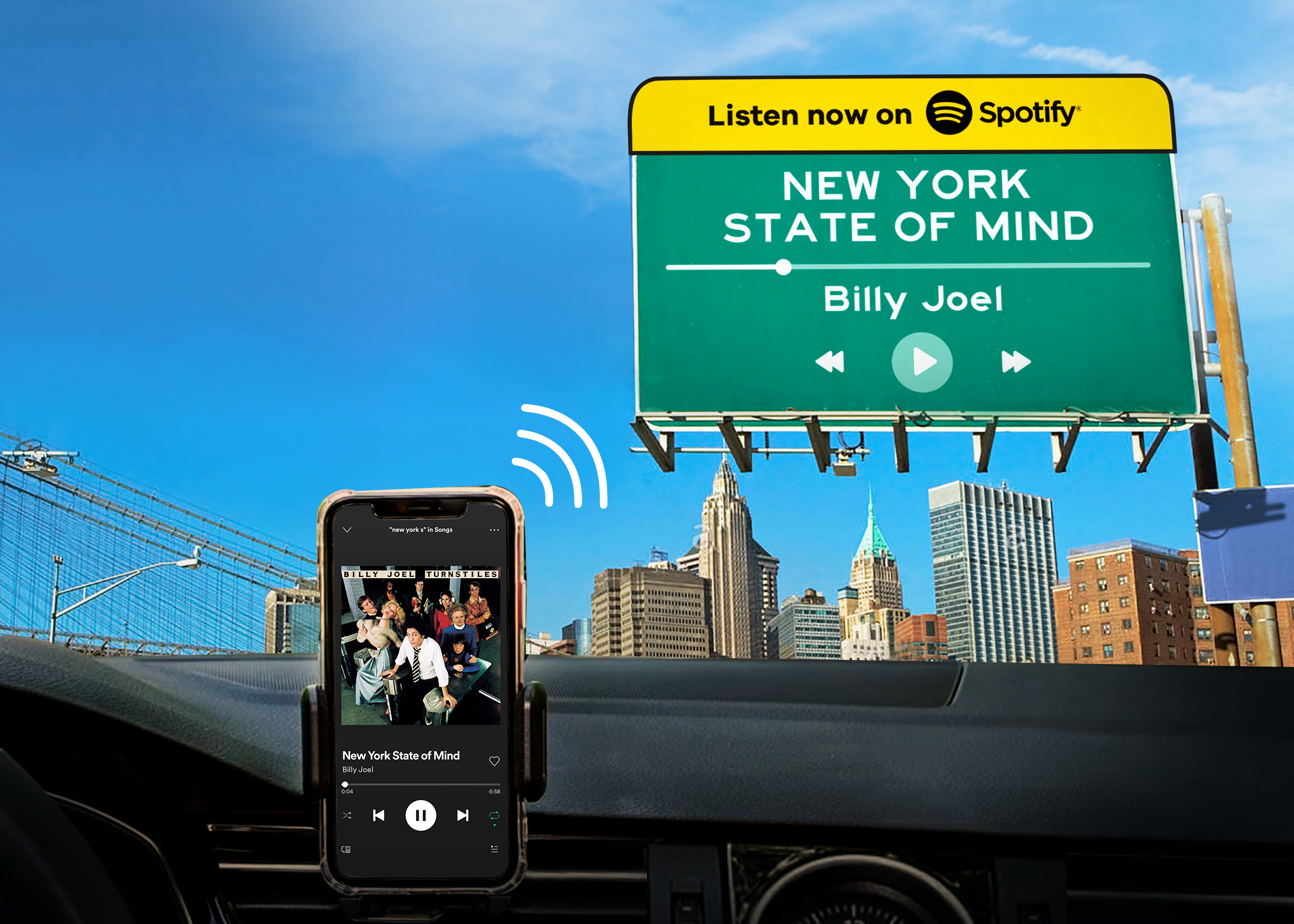 Through Spotify's Twitter account, locals will be able to submit songs that they feel define their city. Each playlist will evolve as a city's residents and workers vote on new songs to add, and old ones to retire. The Spotify signs may also be used to pay tribute to a city's defining moments, such as a sports victory or the passing of a beloved public figure. With time, the signs will come to represent a city's soundtrack and the distinct heartbeat that echoes at its core. 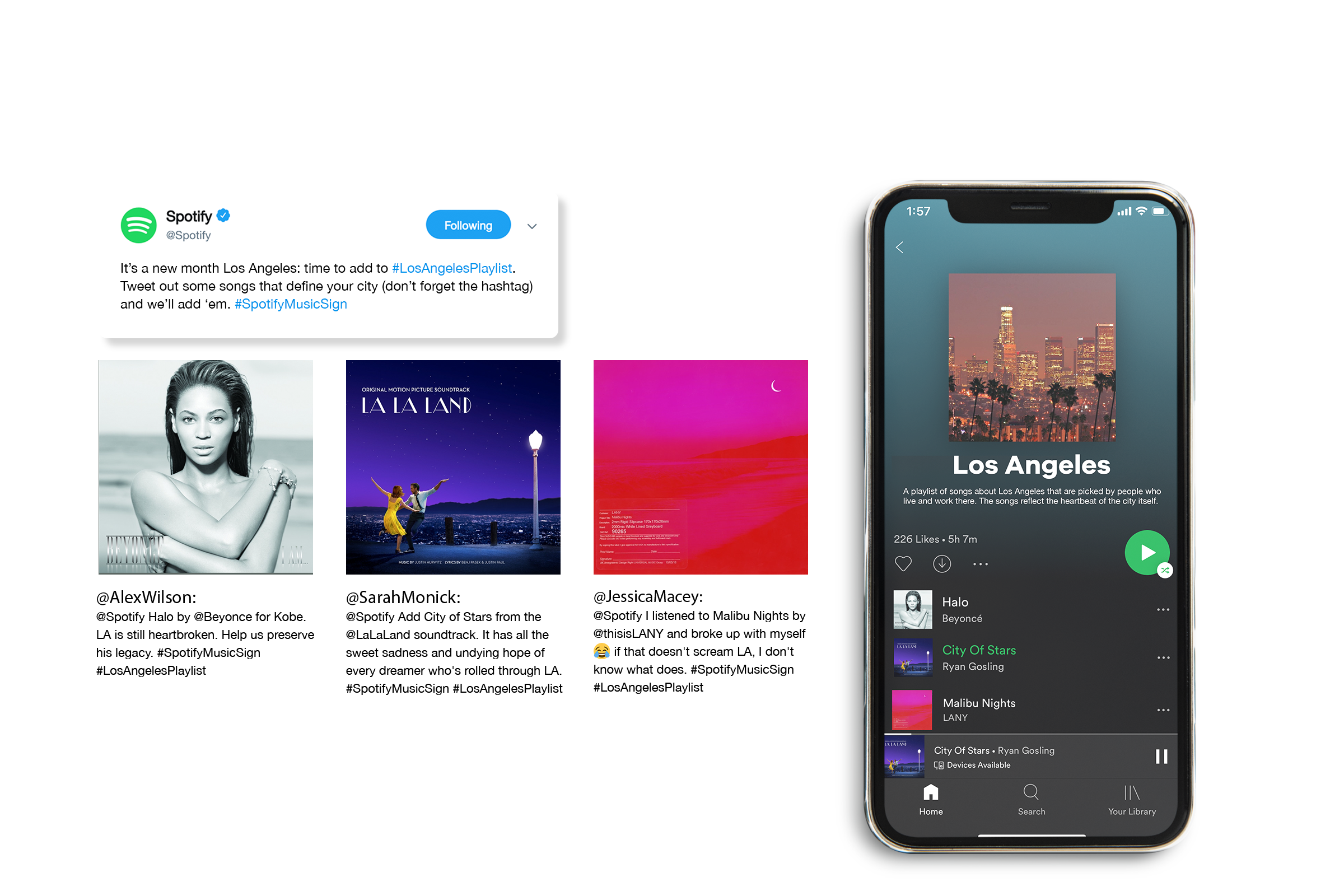